Diversity in the schoolyard

Foster healthy relationships between boys and girls in the schoolyard ;
Encourage children to play games that aren't traditionally associated with their gender. 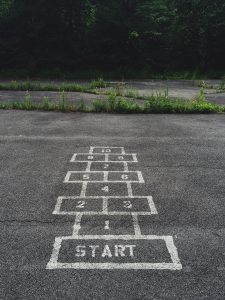 According to a recent study by Aminpour (2016, p. 29), “school grounds are increasingly valued for the freedom of choice they give children for operating their preferred activities. However, the physical characteristics of these places appear to provide unequal opportunities for boys and girls.” Indeed, sports fields, where boys play the most, are often located at the center of the schoolyard, leaving the peripheric spaces for a majority of girls (Brouze, 2017; Ruel, 2005). The schoolyards are also a place where male domination is expressed the most, boys tending to fiercely exclude girls from their games (Gagnon, 1999). There is consequently a clear divide between boys and girls on school grounds and if it’s not clear during kindergarten, it widens as students are getting older. This is why it is important to put strategies in place to encourage boys and girls to play together during recesses as well as to share the space in a more equal way.

Many studies have shown that boys dominate the physical environment of the schoolyard, leaving the girls to play along the periphery (Aminpour, 2016; Edward, Knoch & Kumru, 2001). If it is difficult to modify an actual schoolyard, there is a social geography activity that you can do with students to make them aware of their gendered occupation of the schoolyard, sparking the discussion on healthy relationships between boys and girls, and gender stereotypes. Download the document below.

One study by Lucas and Dyment (2010) also found that green spaces (for example a small forest or a garden) were the places where boys and girls would play together the most. Trying to have many of these green spaces in your schoolyard might help to break down the gender segregation usually occurring in traditional schoolyards.

Letting children play freely in the schoolyard and always organizing their own games lead to sex segregation and the reproduction of gender stereotypes. It is therefore important to organize games that can be of interest to both boys and girls and that put cooperation forward instead of competition. If you have to guard students during a recess, you can pair older students who would like to start a game with younger ones and let them play together after helping them start the game. Here are a few websites that gather many cooperative games you can use: