Provide parents wanting to know more about gender stereotypes with resources and ways to provide a gender-equal education to their children. 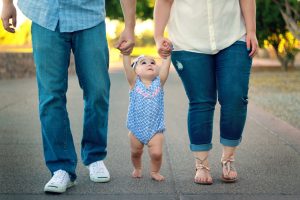 Family is the first socialization environment in the life of a child, whom there learns gender roles by observing his or her parents, who gender differentiate the most in the second year of his or her life (Amboulé Abath, 2009). It is therefore important that parents be also aware of gendered socialization to avoid reinforcing gender stereotypes with their children.

This first video, created by the European Institute for Gender Equality, looks at what gender stereotypes are and how they influence our children from early childhood until the moment they choose their school subjects and career.

In the eyes of children

Children start to learn what is acceptable for a boy or a girl very early. Watch this video to know their perspective on gender stereotypes and how their parents are dealing with the issue.

How to act as a parent?

How can we use our influence on our children, as parents, to show them different role models and a more gender-equal and positive way to interact as boys and girls, men and women?

Teaching our kids about gender equality and being great role models can sometimes be tricky. There are many ways possible you can do this and no wrong answer, as long as you are not considering gender as a factor that can limit your child’s aspirations, interests and activities. Look at the two following videos to get some ideas!

Here are a few articles written for parents who are wondering where they should start when looking at gender bias and stereotypes among their children.

DOYLE, Lucy (2018). “A parent’s guide to gender stereotypes”, Parent Info, published in April 2015, updated in May 2018, accessible at: https://parentinfo.org/article/how-stereotypes-stop-you-being-you