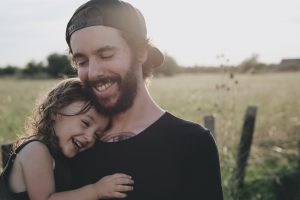 To break down gender stereotypes with children, we have to go against some beliefs that are deeply rooted in our daily life, especially those that have been brought by colonization such as heteronormativity and strict gender roles in the household. Family being the very first socialization agent, it is important to work with parents to break down gender stereotypes, to make sure this work is continuing at home and to explain to parents the strategies used by the school or the organization.

This is some content that you can discuss with parents, grandparents and other caretakers with whom students interact regularly. These learnings can be shared formally during, for instance, a report evening organized for parents at the school. They can also be shared informally, through a discussion organized over a meal or a end-of-school year celebration, for example. You know your community best!

Youth endorsing gender stereotypes the most are the ones who drop out of school the most.

Indeed, girls and boys see and experience school differently because their socialization is different. Knowing these differences better allows us to take action more efficiently, because leaving school early is also the result of difficult relationships with the institution that translates differently according to gender (Réseau Réussite Montréal, 2018).

It is important to state that the gender stereotypes we are referring to here are the ones inherited from european society and imposed on First Peoples through colonization. These stereotypes are the ones associated with higher school dropout rates. The reappropriation of Mi’gMaq traditional gender roles hasn’t been shown to have an effect on school dropout rates. In fact, more cultural content and culturally appropriated teaching practices would contribute to indigenous students’ academic achievement (Manningham, Lanthier, Wawanoloath & Connelly, 2011).

What is a gender stereotype?

According to the United Nations, “a gender stereotype is a generalized view or preconception about attributes or characteristics, or the roles that are or ought to be possessed by, or performed by women and men.” However, the most recent research in neuroscience indicates that there is no difference, at birth, between girls’ and boys’ brains (Vidal, 2015). Differences observed are therefore socially induced by family, the media, school, advertising and society in general.

What is the link with school retention?

Girls’ and boys’ experience of school varies because our expectations from them are different (and stereotypical). We generally expect boys to be…

However, the numerous social standards associated with boys lead them to become less engaged in school. For them, it is less acceptable to show interest in school work (among other things) and they show a playing culture more ingrained than girls (Réseau Réussite Montréal, 2018). At the elementary level, they are looking for approval from their peers by being unruly and by defying the teachers’ authority (Gagnon, 1999). In order to conform to masculine stereotypes, boys are staying away from all feminine stereotypes and those who don’t show masculine behaviours experience more bullying (Gagnon, 1999). For instance, reading being perceived as a feminine activity, fewer boys than girls are interested in reading.

These behaviours (dislike of reading, defying authority, being unruly) are quite incompatible with school success. Boys dropping out are doing it for very specific reasons: suspension, exclusion, researching fun outside from school and the desire of starting a career. These are very visible causes, mainly associated with confrontation and a self-competency feeling, more present within boys (Réseau Réussite Montréal, 2018).

As for girls, we generally expect from them to be…

Social norms associated with girls lead them to engage more at school: they measure their value by their academic achievement a lot (Gagnon, 1999) and have a broader reading experience than boys. It is, however, important to note that masculine stereotypes being more gratifying, boys tend to endorse them more than girls, to whom we present more limiting stereotypes (Réseau Réussite Montréal, 2018).

If some feminine stereotypes and behaviours (submission, reading, calm, etc.) are compatible with school success, girls who endorse gender stereotypes such as having a low self-esteem, caring for others, “mothering” activities, and others, are more at risk of dropping out of school than those who don’t buy into these stereotypes. Girls who leave school early are doing it for reasons that are very different from those cited by boys and that are aligned with gender stereotypes: the arrival of a child, family adversity, personal problems. These are very personal causes that are not very visible (Réseau Réussite Montréal, 2018).

Children first learn from their parents by imitating them. Their parents are role models, and they serve as examples. Children are noticing who is taking care of the laundry, the cooking, who is helping them with their homework, who is picking them up at school, etc. They learn from their parents’ professional and leisure activities. Yet, these activities are often unequally and differently shared if you are a man or a woman. Family helps children learn gender stereotypes.

This learning happens not only by what a child sees, but also by what he is being told. Who has never heard “Big boys don’t cry!” or “Girls don’t fight!”? On top of that, parents are often more demanding from girls to clean the house or set the table. Parents grumble when boys don’t do the same, but they will often end up doing it for them. Girls receive more requests to be calm, obedient and responsible. As for boys, we expect them to be successful and autonomous in the activities we are proposing them (La ligue de l’enseignement, 2011).

It is therefore of the utmost importance, as parents and “cultural transmitters”, that we value a diversity of female and male role models to show our children that they can be themselves, regardless if their interests are conformed with gender stereotypes. We’re talking about their academic achievement, after all!

How, as parents, can we limit our children’s endorsement of gender stereotypes? Here are a few action strategies and areas on which you have the power to act: