An action guide for Mi’gmaq early learning and childcare educators

Provide early childhood educators with self-reflective actions, actions for engaging with the children, and strategies to communicate with parents and carers ;
Provide organizations with actions they can take to tackle gender stereotypes in their environment. 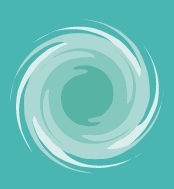 Children receive and absorb gender-stereotyped messages about what they can and cannot do as a girl or as a boy from a very early age. For example, toy manufacturers often market more aggressive toys to boys and more passive toys to girls, construction activities to boys and creative ones to girls. In picture books, women and girls are often portrayed as performing more domestic tasks while men are widely underrepresented as parents. These stereotypes are unhelpful for both boys and girls (Institute of Physics, 2017). We can see that they follow them as children grow up when we look at the gender division between professions in the Gespeg’ewa’gi (Statistics Canada, 2016) and the lack of balance in domestic tasks (IRIS, 2014).

By the time children enter early learning settings they may already be developing gender-based expectations of behaviours, academic preferences and perceived abilities. These stereotypical views can shape their attitudes to relationships, participation in the world of work and affect their well-being. A narrowing of experiences at this stage too often evolves into a narrowing of opportunities later in life. For example, by secondary school, boys tend to lag behind girls in literacy and language skills and girls are still widely underrepresented in areas such as computing, engineering and physics. It can also increase their risk of dropping out of school (CSÉ, 1999).

Many actions can be taken to reduce children’s buy-in of gender stereotypes, although it is often difficult to know where to start! This guide is there to provide educators with concrete actions in different settings: with children, with parents, with their working team or with themselves, guided by some self-reflective questions.